I would like to take this opportunity to Thanks and Welcome Nakivo as my First blog sponsor. It's both a Proud and Happy Moment for me so dedicating this article to say Thanks and to understand a little history about Nakivo as a Company and also be doing quick glance on Nakivo Back Up and Replication.

About Nakivo
Headquartered in Silicon Valley, NAKIVO Inc. is a privately-held software company that develops and markets a line of next generation data protection products for VMware VM backup, replication, and recovery.
NAKIVO has been profitable since founding in 2012, has been named an "Emerging Vendor 2013" by CRN, and reported a revenue growth of 800% in 2013. This has put NAKIVO on top of the list of the fastest-growing data protection companies in 2013, outpacing all of its competitors.
As an Elite member of the VMware Technology Alliance Partner program, NAKIVO has close working relationships with VMware and is further aligned with VMware to promote the use of VM backup for virtualized server environments.
Nakivo Backup and Replication v6.1 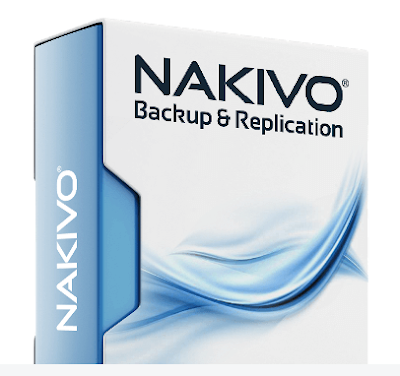 I am currently busy doing my initial New Home Lab Setup post that i will be Integrating Nakivo Backup and Replication in my Environment and will test it's functionalities and will keep the blog post updated with more post.
Posted by Kanishk Sethi at 01:05:00