It includes various components (Server Component which can be installed on the same computer as your windows vCenter Server or can be on a different one) and (Client Components which runs on the desktop) and requires connectivity with your vCenter Server. 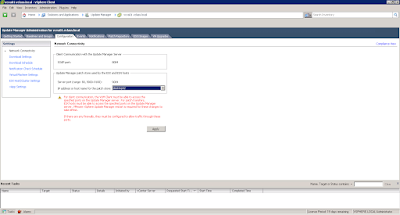 When it comes to patching, updates and extension in update manager there are 5 thumb rules.

In order to view the object is compliant or not we need to attach the baseline to objects like virtual machines, virtual appliances, ESXI hosts and can also be attached to folders, vApps, clusters and data center.

Scanning is the way through which the attributes of your objects (hosts, Virtual machines or appliances) would be evaluated against the baseline you have attached to that specific object.

If the scanned object is non-compliant we can go ahead and remediate the object but before remediation we can perform an additional step on host objects i.e Staging which allows us to download the patches extensions from the update manager server to the ESXi hosts, without applying the patches and extensions immediately. Staging in helping us in speeding up the remediation process because now we have the patches and extension available locally on ESXi hosts.

Remediation is last step where we are applying the patch, extension, upgrade to the objects and this step varies based on the object you are remediating for example in case of ESXi hosts which are part of a cluster the process is sequential, however if you have multiple clusters within your data center the remediation process will run in parallel.

With Auto Deploy ESXi Image is streamed across the network to the host and is loaded directly into the memory.

vSphere Auto deploy can be configured without a boot disk and all the information is stored off the host and managed by vCenter Server (Image State, Configuration state, Running State,Event Recording).

vSphere Auto Deploy server:
Serves images and host profiles to ESXi hosts. The server is at the heart of the Auto Deploy infrastructure.

Image profiles:
Define the set of VIBs with which to boot ESXi hosts.

Host Profiles:
Templates which define an ESXi host’s configuration (networking or storage setup). You can save the host profile for an individual host and reuse it to reprovision that host.

Let's understand about VMware vCloud Director which is a software solution that help us to create Secure, Multi tenant Private cloud by pooling the underlying vSphere resources.

Vcloud Director helps you to provide dynamic networks for your customers without damaging the stability of your corporate IT network. 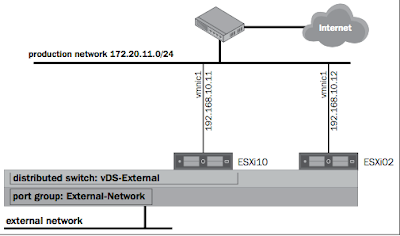 As a best practice use distributed switches as they provides consistency in terms of names and port groups on all ESXi hosts in a cluster. 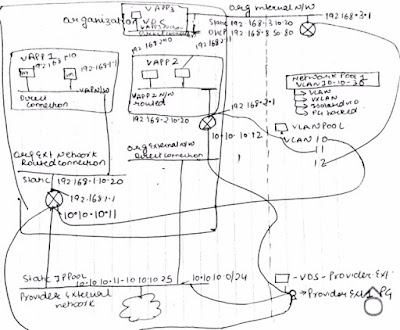 Three types of vApp Networks are:

http://kb.vmware.com/selfservice/microsites/search.do?language=en_US&cmd=displayKC&externalId=289902
Posted by Kanishk Sethi at 11:40:00 No comments:

Back To Basics- Part 9 Virtual Volumes Aka VVOL'S

Dedicated this article to understand the newly introduced concept of VVOL ,So far we have been using the traditional Datastore centric approach/ LUN Centric Approach and now the focus is more towards VM Centric approach.

In case of LUN centric approach LUN was responsible for providing both the I/O access and the actual space to store VM files however in VM Centric approach with VVOL's we have seen the two tasks which LUN was capable of doing has been divided into two separate components i.e Protocol Endpoint for (I/O access) and Storage Container for VM files. 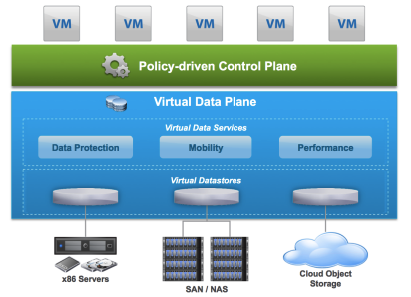 Requirements
How it Work's ?

Email ThisBlogThis!Share to TwitterShare to FacebookShare to Pinterest
Labels: Back to Basics
Newer Posts Home
Subscribe to: Posts (Atom)