While delivering VMware vSphere class globally I often get chance to talk about various Backup solutions which my participants are using and in their current VMware infrastructure and some of them which i have heard/worked on and how these Backup softwares are saving their life as an admin by providing advance features and functionalities.

So thought of dedicating few articles and providing a quick overview about some of the Top Backup Software to choose from for your Virtual Infrastructure let's get started.

** Note : The below list doesn't show any preferences about which solution has been listed first second and so on, it's purely my own selection when choosing the Top Backup Software. 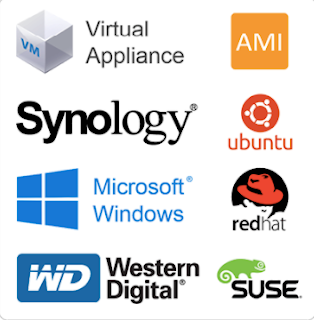 ** In today's competitive market there are wide variety of options to choose from when considering your backup and recovery software and it's not a complete list because we have only seen 3 Top Vendors Backup Software, I would be dedicating few more posts in covering some other vendors which are in my mind and as i mentioned earlier these are my views and doesn't talk about anything related to who is on top of the list or bottom of the list.
Posted by Kanishk Sethi at 17:44:00